The United States President, Donald Trump, has labeled the Covid-19 outbreak as the “Chinese Virus” in a tweet, triggering thousands of criticism from the opposition and other Twitter users. 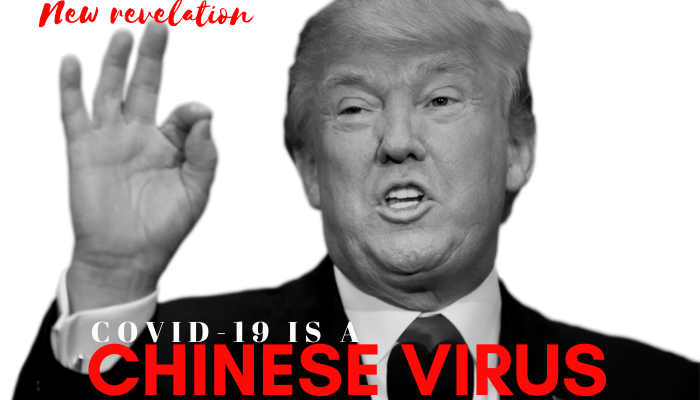 Three days ago, a very prominent members of the United States senate labeled the Coronavirus outbreak as Wuhan virus and he got served with proper racist response from the Twitter street. He received thousands of backlash from people all around the globe.

As if that wasn’t enough, the United States president, Donald Trump has entered the frail of internet trollers while terming the outbreak the “Chinese virus“. Donald Trump labeled the Covid-19 the “Chinese Virus” in a tweet and that simple line of text had triggered an avalanche of criticism from the opposition and other Twitter users around the world.

The heat keeps increasing as the race for the next president of the United States is drawing closer and people are leveraging every bit of fake and good media to oust the president. And the worst thing is, he’s loving the game too. Trump will not change from his outspokenness. He talks as he wants to. He doesn’t care and Americans don’t really love that except few ones who don’t give a shit about what the president says or not say.

Here are the responses to President Trump tweet on Chinese Virus.

Report the tweet for targeted harassment against a racial group.

A new revelation came out to confirm that the media started the programming, the hate speech didn’t start from Donald Trump.

These people named it that.
pic.twitter.com/GMU1ldRLEE

Here is the icing on the cake…to affirm that it wasn’t that big deal since Chinese people discriminates against themselves as regards the virus. So, hearing that from an outsider shouldn’t be a big deal.

I prefer the virus be called Wuhan Flu instead of COVID_19. Mind you even Chinese who are from outside Wuhan did show some discrimination towards those from Wuhan during the outbreak, would that be considered “racism” ??

In other news, Ohio has announced the plan to delay the primary despite the initial court ruling. Venezuela has imposed nationwide quarantine order on all citizens. Colombia’s government has ordered all its borders to be shut down until May 30. Yesterday, Germany government closed down its borders in response to a possible Coronavirus pandemic outbreak. Iceland has commenced nationwide Covid-19 testing.

The Philippines (pictured above) has shut down an island of over 57million people until April 12 to prevent the spread of coronavirus.

Sam Smith has announced the forthcoming release of ‘My Oasis,’ a new track featuring singer Burna Boy. The single will...

Dejan Lovren has completed his move from Liverpool to Zenit Saint Petersburg for a fee of around £11m. Liverpool revealed...