If you’e still hanging with friends, going to restaurants, bars, and acting like this isn’t a big deal to you, it is time to get your shit together. The following thread is taken from an Italian citizen and read till the end to have an idea of what Covid19 or Coronavirus means to the rest of the world and how to stay safe. As they put it:

“To the rest of the world, you have no idea what’s coming.”

As I think everybody knows, Italy is on quarantine because of the coronavirus outbreak. This situation is bad, but what is worse is seeing the rest of the world behaving as if it isn’t going to happen to them. We know what you’re thinking because we were in your place too. 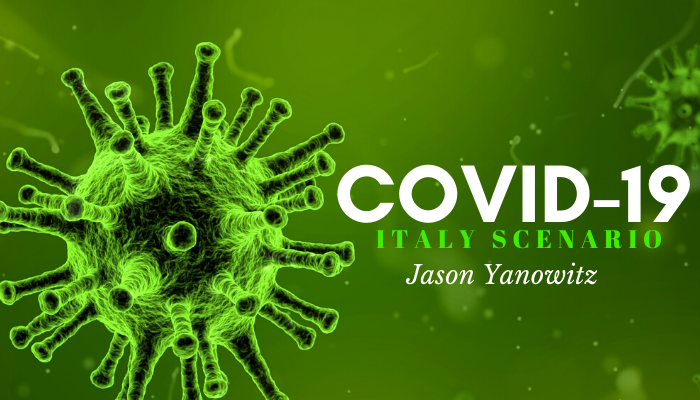 You know that coronavirus exists, and the first cases begin to appear in your country. Well, nothing to worry about, it’s just a bad flu! I’m not 75+yo so what could possibly happen to me? STAGE 1 (cont’d): I’m safe, everybody is overreacting, what’s the need to go out with masks and stock toilet paper? I’m going to live my life as usual, there’s no need to freak out.

The number of cases begins to be significant. They declare “red zone” and quarantine one or two small cities where they found the first cases and a lot of people were infected (Feb 22nd). Well that’s sad and somewhat worrisome but they’re taking care of it so nothing to panic about. There are some deaths but they’re all old people so the media is just creating panic for views, how shameful. People lead their life as usual.. I’m not going to stop going out and meeting my friends am I? It’s not going to get me. Everybody’s fine here.

The number of cases is rapidly going up. They almost doubled in one day. There’s more deaths. They declare red zones and quarantine the 4 regions where the majority of cases are registered (March 7). In Italy 25% of the county is under quarantine. Schools and universities are closed in these areas but bars, work places, restaurants and so on are still open. The decree gets released by some newspaper before it should…so around 10k people from the red zone escape from the area that same night to return to their homes in the rest of Italy (this will be important later). Most of the population of the remaining 75% of Italy still does what it always does. They still don’t realize the seriousness of the situation. Everywhere you turn people advise to wash your hands and limit going out, large groups are forbidden, every 5 minutes on TV they remind you of these rules. But it still hasn’t settled in people’s mind.

The number of cases is heavily increasing. Schools and universities are closed everywhere for at least a month. It’s a national health emergency. Hospitals are at capacity, entire units are cleared to make space for coronavirus patients. There aren’t enough doctors and nurses. They’re calling retired ones and those in their last 2 years of university. There’s no shifts any more, just work as much as you can. Of course doctors and nurses are getting infected, spreading it to their families. There’s too many cases of pneumonia, too many people who need ICU and not enough places for everyone. At this point is like being at war: doctors have to choose who to treat based on their survival chance. That means that the elderly and trauma/stroke patients can’t get treated because corona cases have priority. There’s not enough resources for everybody so they have to be distributed for best outcome. I wish I was joking but it’s literally what has happened. People have died because there wasn’t any more space. I have a doctor friend who called me devastated because he had to let 3 people die that day. Nurses crying because they see people dying and can’t do anything aside from offering some oxygen. A friend’s relative died yesterday of corona because they couldn’t treat him. It’s chaos, the system is collapsing. Coronavirus and the crisis it’s provoking is all you hear about everywhere.

Remember the 10k idiot who ran from the red zone to the rest of Italy? Well, the entire country has to be declared under quarantine (March 9). The goal is to delay the spreading of the virus as much as possible. People can go to work, do grocery shopping, go to the pharmacy, and all businesses are still open because otherwise the economy would collapse (it already is), but you can’t move from your commune unless you have a valid reason. Now there’s fear, you see a lot of people with masks and gloves around but there are still are people who think that they’re invincible, who go to restaurants in large groups, hang out with friends to drink and so on. Next step.

Two days later, it’s announced that all (most) businesses are closed: Bars, restaurants, shopping centers, all kinds of shops etc. Everything except supermarkets and pharmacies. You can move around only if you have certification with you. The certification is an official document where you declare your name, where you’re coming from, where you’re going and what for. There are a lot of police check points. If you’re found outside without a valid reason you risk a fine up to €206. If you’re a known positive patient you risk from 1 to 12 years of jail for homicide.

That’s what the situation is like now today as of the March 12th. Keep in mind that it all happened in around two weeks. 5 DAYS FROM STAGE 3 TILL TODAY The rest of the world apart from Italy, China and Korea is just now beginning to reach other stages, so let me tell you this: You have no idea what’s coming to get you. I know because two weeks ago I was the one who had no idea and thought it wasn’t bad. But it is. And not because the virus alone is particularly dangerous or deadly, but for all the consequences it brings. It’s hard to see all these countries act like it’s not coming and not taking the precautions that are necessary for the well-being of its citizens while they still can. Please if you’re reading this try to act in your best interest. This problem isn’t going to solve itself by ignoring it. Just wondering how many undiscovered cases there might be in America alone is scary, and they’re in for a big, big trouble because of how their country is run. Our government for once did a good job I must say. The actions taken were drastic but necessary, and this may be the only way to limit the spreading. It’s working in China so we hope it will work here too (it’s already working in some of the first red zones which were quarantined before everybody else). They’re taking measures to protect us citizens such as probably suspending mortgage payments for next months, help for shop owners who were obligated to close and so on. I realize that these takes are really difficult, if not impossible, to take in some countries, and it’s really worrying to think about what it could mean in global scale. I wonder if this pandemic will be a turning point in our society. If there are cases where you live, then the virus is spreading, and you’re maybe 1-2 weeks behind us. But you’ll get to our point eventually. PLEASE take any precaution you can take. Don’t act like it’s not going to get you. If you can, STAY HOME.

This has spiraled out of control. Our thoughts and prayers are with everyone in Italy 🇮🇹

After a massive stimulus package yesterday, everything is down.

– Stocks – Gold – Silver – Oil – Bitcoin We’ve never seen a liquidity crunch like this. The worst part: No amount of QE or interest rate cuts will help. The only solution: A vaccine for COVID-19

Sam Smith has announced the forthcoming release of ‘My Oasis,’ a new track featuring singer Burna Boy. The single will...

Dejan Lovren has completed his move from Liverpool to Zenit Saint Petersburg for a fee of around £11m. Liverpool revealed...

Former Minister Called to Appear Before High Court in Abuja.

A Federal High Court in Abuja has ordered former Minister of Petroleum, Diezani Alison-Madueke, to appear before it and answer...